Along with signs of spring, Portlanders will be seeing e-scooters again in a couple of months.  The Portland Bureau of Transportation (PBOT) announced that they will approve a second pilot program this spring based on findings from their report published in January.  Start and end dates of Scooter Pilot 2.0 have yet to be determined, but the city is committing to a full year for this version.  The extended program will allow PBOT more time to look at how the scooters are used (and when and by whom) as well as figure out solutions to some of the issues that were found in the first trial-run last fall.

The report found that 62% of Portlanders who responded to the survey had a positive view of the scooters, averaging 5,885 trips per day! 34% said they took an e-scooter instead of driving or using a ride share service such as Lyft or Uber.  According to the stats provided, users logged more than 801,00 miles on the scooters with the average trip of 1.2 miles. There were about 2,000 scooters on the streets for most of the 4-month trial period.

The report also highlighted some challenges and concerns discovered during the test period.

The Multnomah County Health Department reported that scooter-related injuries accounted for about 5% of the 3,220 traffic crash injury visits to emergency rooms and urgent care centers during the 120-day pilot program.  There were 176 scooter-related trips to the ER, while 429 bicyclists visited the hospital during that same period.  The majority of these injuries (83%) were not due to a collision, but rather the rider falling off the scooter. Only 1.7% of injuries were due to a collision with a pedestrian.  The Environmental Health Director, Jae Douglas said, “We did not find a disproportionate risk that would discourage the city from allowing a scooter ride-share pilot and felt that scooters have “risks similar” to other transportation options.” The report does not make it clear whether the riders visiting the ER were wearing helmets, but 16% of the riders showed “evidence of intoxication”.

As we talked about in our earlier blog post, an e-scooter is considered a vehicle and therefore riders can be arrested for DUI while operating a scooter under the influence.  During last fall’s test program, RDF did not have any clients that were arrested for a DUI on a scooter, but it will be interesting to hear the city’s response to the information about intoxicated riders, as this upcoming trial spans a much longer period of time.

Hands down, the biggest complaints about the e-scooters wer for people riding without helmets, people riding the scooters on the sidewalks instead of on the road or in bike lanes, and issues with incorrectly parked scooters.  One finding showed that PBOT staff observed that 90% of riders do not wear helmets.  1,622 pedestrians complained that they felt uncomfortable or unsafe when scooters were used on sidewalks.  Sidewalk riding was a key concern voiced by all of the committees involved in the report.  These challenges (and more) are what PBOT is hoping to find solutions for during the longer test session this year.

One of the main reasons that the city is trying out scooters is as an alternative to cars on the road with hopes to reduce traffic congestion and pollution.  What they found was the equivalent of 301,856 vehicle miles were replaced by e-scooters, removing on-average nearly 27 passenger vehicles from the road for a year.  While this is promising, the city doesn’t yet have statistics on the “juicers”.  These are the people employed by the scooter companies to retrieve and recharge the scooter batteries every night, so they can be replaced, fully charged, and on the street again for use in the morning.  According to the report, the juicers “likely added personal motor vehicle trips to the transportation system, but the extent and overall impact to the transportation system and traffic congestion is unknown.”

The city said it is planning on conducting an “online open house” this month so that “people can submit their ideas about how the bureau can address some of the significant challenges related to scooter use”, including the ones discussed above.  They also plan on meeting with transit safety and advocacy committees to discuss how to structure the one-year pilot program. 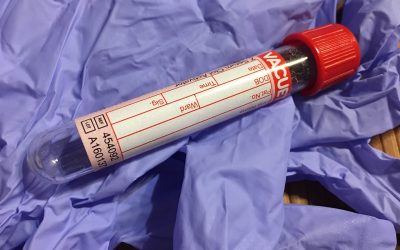 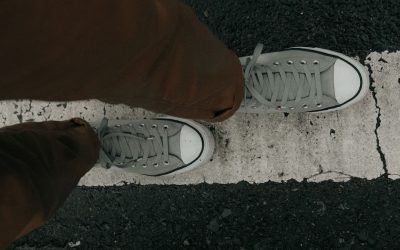 Are there legal consequences for refusing Field Sobriety Tests?

Drivers who are stopped by police on suspicion of driving under the influence of intoxicants are typically asked to take field sobriety tests (“FST’s”). Most often these tests are carried out on the side of the road and the information that is gathered in these tests...

Can I get a DUI on my motorized bike?

With the return of e-scooters, and the growing popularity of electric bikes in the city, we wanted to share a quick list of all the motorized bikes considered “vehicles” under the law.