It’s likely no surprise that a DUI arrest is expensive. The most considered costs are attorney fees, and upon conviction there are court fines, increased car insurance rates, costs associated with the installation and maintenance of an Ignition Interlock Device, DMV fees, and so on. But another cost that is sometimes associated with a DUI, and rarely considered, is restitution.

When a person driving under the influence causes any damage or injury, whether because the driver caused a car accident or ran into someone’s fence, that driver, if convicted on the DUI, will be ordered to pay restitution and restitution fees.

How much will I have to pay?

The criminal court judge determines the amount of restitution based on the severity of the injuries or damages. While states differ in how they calculate restitution, they usually factor in the direct cost of property damage, medical expenses (current and sometimes future), funeral expenses, counseling expenses for the victims, and lost income while the victim was recovering. What the restitution order cannot include is any cost for pain and suffering or emotional distress. However, these losses are recoverable in a civil action.

Will my car insurance cover the cost of restitution?

In most cases, your car insurance will pay for the damages, but only up to the liability limits of the policy. Often, insurance companies will settle with the victim/plaintiff rather than take the case to a civil trial. However, that is a civil settlement and is considered separate from the criminal restitution order. There may be options to offset some of the restitution order by the amount paid in any civil settlement, but you will want to discuss this carefully with your attorney to make sure the civil payout is handled in a way that will allow any restitution offsets later on.

How do I make restitution payments?

The way that restitution is collected and disbursed may differ from state to state, but typically it will be payable through the court or probation department. The restitution payment schedule is usually monthly, but it can be paid in a lump sum settlement. If you are required to serve jail time as part of your sentence, an inmate trust account will be created for deposits or withdrawals of money you earn from any jobs you hold while in jail. The money in that trust account is then garnished to pay for court-ordered restitution and fines.

Can my attorney negotiate restitution as part of a plea deal?

Victims have a legal right to request restitution for the losses they suffered because of a crime. If your attorney is negotiating a plea deal with the prosecutor, payment of restitution may be one of the terms of that plea deal.

What happens if I don’t pay my court-ordered restitution?

If you default on a restitution payment or installment ordered by the court, the court may schedule a hearing requiring you to appear and show cause as to why the default should not be considered contempt of court, and a warrant for your arrest could be issued. If the court determines that the default is contempt of court, you could be ordered to serve jail time and/or any income you receive could be garnished for the collection of the restitution.

If the court determines that the default is not in contempt, the court may enter an order allowing you additional time for payment, reducing the amount of the payment or installments due, or in some instances the court may revoke the fine or order of restitution in whole or in part.

Restitution is just one example of the many twists and turns a DUI case may take, which require experience and an intricate understanding of DUI law. If you or a loved one has been arrested for DUI, Reynolds Defense Firm is the specialized DUI team that you want on your side. Our expertise allows us to be the absolute best we can be in the one area of law that our clients hire us for – DUI defense.

As always, we hope you never need to call us, but if you or someone you believe in needs help, please contact us today, at 503.855.6457.  You can also do a live chat on our website to learn more about how we represent good people facing DUI charges. 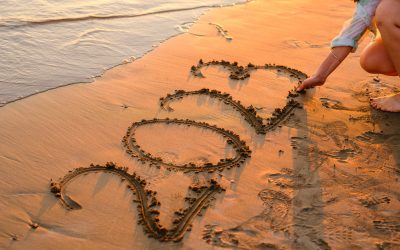